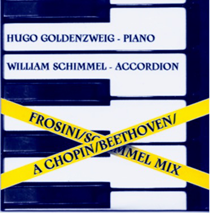 A Piano and an accordion (piano accordion) meet and share their artistic, cultural and social baggage. The piano with its highbrow connotations and the accordion with its highbrow/lowbrow roots take a journey into atemporal time and space where the bistro meets the salon. The accordion adds orchestration t the piano. It makes a coy, ironic response to the Chopin Preludes with the Chopin Accordion Preludes (Realities by Schimmel, not transcriptions). In the Frosini Rhapsody No. 2 (The Vaudevillian Pathetique), The accordion blatantly and skillfully imitates Beethoven’s Pathetique. Thus, two cultures meet-with no apologies or pretensions to create a third dimension, a dramatic presentation in past, present, and future. 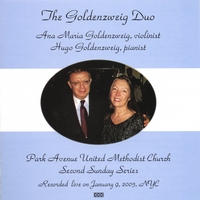 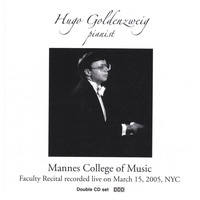 at Mannes College of Music 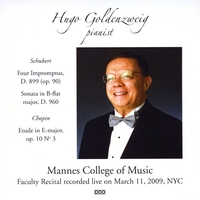 Music of Schubert and Chopin

Recorded live at the Mannes College of Music in New York City on March 11, 2009 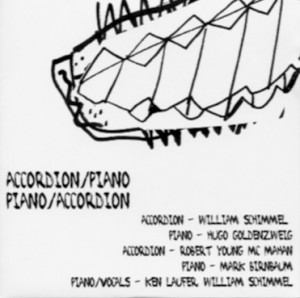 A comprehensive guide with theory and analyses geared toward the performer, along with practical tips and solutions to the thorny problems posed by the etudes. For more information and to purchase, contact Dr. Goldenzweig.